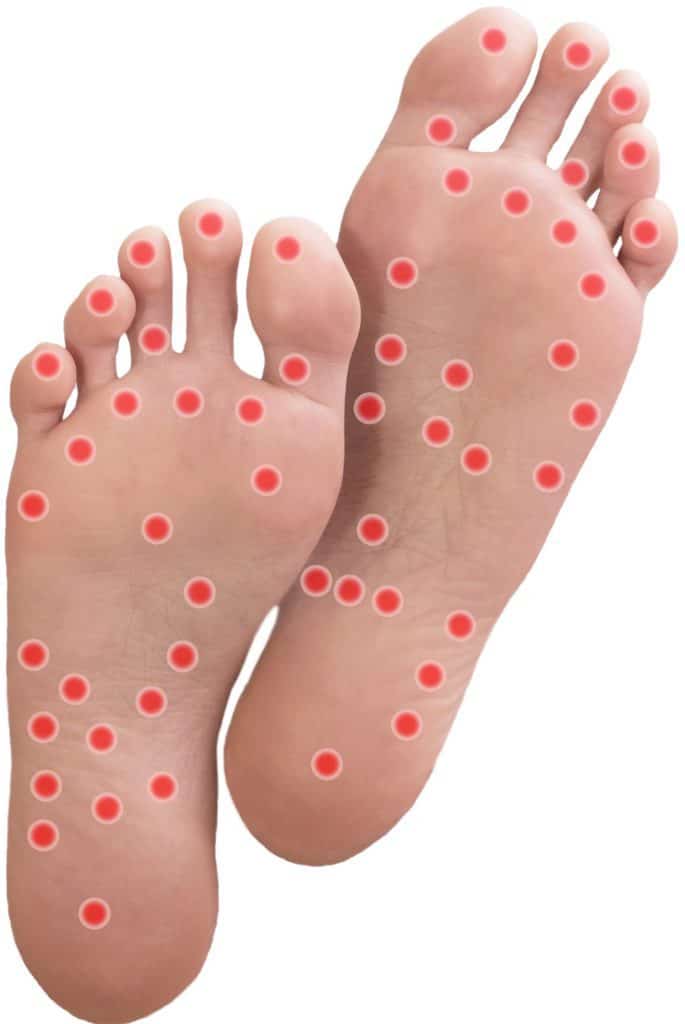 Many people have heard of acupuncture. But, they’re still asking what’s the difference between reflexology vs acupuncture?

Both modalities have their origins in traditional Chinese medicine and although both are similar in the sense they alternative therapies, or as we like to refer to them, complementary therapies. Both modalities balance your entire body (holistic) through releasing energy flow, there are some intrinsic differences between reflexology vs acupuncture.

The key difference for me is that acupuncture uses needles to pierce, or puncture, the skin.

Your reflexologist will use a combination of differing pressures (acupressure) on the surface of your skin using a kind of massage which is done within ‘reflex zones’ specifically on ‘reflex points’. Each of these relate to other parts of the body which are not usually reached with a normal massage.

There are no needles involved in reflexology, it is totally non-invasive and very often your practitioner only use a gentle pressure combined with healing energy to improve your health. It also has a wonderfully relaxing effect.

Many clients who have tried acupuncture and then moved to reflexology because they didn’t like it, say that the benefits of reflexology is that is so much more relaxing.

Similarities between reflexology and acupuncture.

Both treatments work with the sympathetic nervous system to calm it down, so in theory clients should fall asleep just as they do in reflexology. However, there is something about having needles sticking out of them during the process that makes them tense and hinders their ability to relax.

Thankfully, this doesn’t happen with reflexology which is like a wellness time out, whereas when they’ve had a therapy involving needles, clients describe it as being more like a doctor’s appointment.

While reflexology uses reflexes (pressure points) in the hands and feet the location of which largely resemble the shape of the human body, acupuncture has a more haphazard approach in that the meridians channel all over your body.

So, while reflexology works on the entire body using many pressure points within one area, mainly the feet (although there is foot and hand reflexology) acupuncture uses meridians spread throughout your torso and from foot up to the top of your head.

Ready to book a reflexology session to relax, balance and unwind?

Hopefully that has explained a little of what you were interested in finding out about acupuncture and reflexology. Just one more thing to note, reflexology is safe throughout pregnancy as long as you are attending sessions at a clinic with a trained pregnancy reflexologist as we are at Essential Feeling. If you’d like to ask specific questions, please email us at admin@essentialfeeling.co.uk. Or you can book online now.