Skip to content
What causes infertility — including cocaine use and infertility? 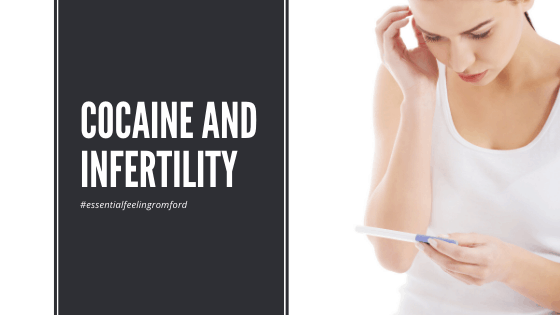 This heading, what causes infertility including cocaine use and infertility, is long for a reason. Many of my fertility clients are comfortable talking about alcohol, because they have read a lot online about this affecting their ability to conceive. However, many people don’t even think about how drug use, which in the modern world is predominantly cocaine, can affect their ability to have a child.

So, I had to make the title long to cover off what people may search for in google and then add the cocaine in at the end. Because this is an important topic and without the message getting out there, men and women will continue to take drugs that effects sperm quality and the ability to conceive.

First off, in the bid to cover off everything about what causes infertility and how cocaine use can affect fertility, we need to look at the chemical effects that happen in our body when we have exposure to drugs, including cocaine.

How does cocaine affect the chemical (hormone) balance of our brain?

Dopamine is one chemical our body produces to make us feel good. Cocaine attaches and then binds around this molecule like a sheath. This means that it blocks the body from removing dopamine which then accumulates. This increase of dopamine is what causes the heightened response in our body and subsequent actions.

All this produces waste which your body would normally have gotten rid of naturally and now has to deal with. This leads to an increase stress load which is one of the major factors in modern day infertility.

Cocaine use and female infertility

Drugs affect the female reproductive system. And what’s scary considering that women are the ones who carry the child is that women are more vulnerable to the longer-term effects of drugs. This is because women are physiologically different in weight and hormone balance. This means that the way a female breaks down the excess toxins left over from drug use essentially isn’t as effective. This is what leads to the longer term damage to their reproductive system.

Cocaine will affect menstrual cycles. Periods may be heavier or lighter and you’ll invariably experience increased cramping. Obviously, as this is a change in your hormonal balance, we can directly see a link between fertility and cocaine use, but here are some details.

If your periods are light, your body isn’t cleansing out the old blood in your womb. As this is what your body nestles into, it’s not a secure basis for implantation. Think about having blown plaster on a wall and then just plastering over it. The wall will still be weak underneath.

When you have heavier than normal periods, you’re being more aggressive at cleansing. Not great when you’re trying to conceive.

In terms of cramping, one thing I regularly tell my fertility reflexology clients is that they need to keep their abdomen area as soft as possible. No crunches or other ab work. This is so the egg has a wonderfully soft place to implant. Cramping works against this.

Cocaine can also harm your reproductive system. Here are some examples:

*cocaine may damage your fallopian tubes leading to ovulation issues.

*if you are lucky enough to get pregnant through all of this, then your chances of suffering with recurrent pregnancy losses is greater.

STDs (sexually transmitted diseases) and infections can affect your fertility in the longer term. Using drugs, including alcohol in this is that you are more likely to put yourself in danger of contracting one of these when you are under the influence because the chemical changes to our brain mean that we are more of a risk taker. As a side note, these can also lead to cancer later on down the line too. For sure there’s a fertility risk if you e.g. need a hysterectomy, but cancer in itself is best avoided we think!

What’s the research on cocaine use and infertility?

One study that I’ve just found quickly on the internet conclusively found that drugs and alcohol are related to infertility in women. And the higher the use, including alcohol, leads to a higher percentage of fertility problems. This study also showed that tobacco products lead to a delay in conception.

On the flip side to taking risks, drugs over time can also lead to a reduction in our libido. Women’s vaginal lubrication can be reduced, as is the ability to reach an orgasm. Fertility aside, I think we could all do without that little complication!

Cocaine use and male infertility

STDs also affect men in the same way as they do women leading to their sperm being damaged. You can do ‘it’ at the right time every month, but without those little swimmers getting to where they need to be in enough quantity and of the right quality to break through the follicle’s membrane, you will not get pregnant naturally.

Specifically looking at fertility in men linked to cocaine use (note we’re not talking abuse) their hormone levels change in the same way women are affected. This slows down sperm movement, which as we’ve discussed above, leads to infertility. Or issues in getting pregnant in the very least.

Cocaine disrupts how the male body creates sperm (spermatogenesis). This affects reproduction. If a man has had long-term cocaine use, then our sperm count will be lowered because we can’t produce as much because of the damage. But also, those that are already in production have a poorer mobility. It also leads to a deformity in them leading to a higher abnormality count.

In addition, research has shown that men’s fertility health is further affected by damages to the microscopic ultrastructure of the testicles. This leads to irreversible fertility issues.

On this note, let’s take a quick sidestep to steroids which increase testosterone in our bloodstream. This conns our brain into thinking we have enough and so it doesn’t produce as much naturally. This leads to poor sperm quality and thus infertility. It’s the same effect with excessive muscle building exercise. And these effects can be medium to long term.

Drugs also affected sexual arousal. Over time, men may suffer with a lack of sexual arousal, and the knock on physical effects of that. And don’t be fooled by the short-term spike in sexual arousal. Everything needs to balance out. And this spike is only short-lived. Cocaine can lead to erectile dysfunction and delayed orgasm. Neither are great for enhancing your conception chances.

Continued affects on your child even after birth

In the same way females are still affected by cocaine use after pregnancy, the same applies to men. If you get pregnant despite your drug use, then research shows that your child will be more likely to miscarry because of defective sperm, and even at full term, your child will be smaller with a lower birth rate.

Don’t forget, when you use cocaine and other recreational drugs, you’re piling all of these negative effects on top of the common causes for infertility such as

When we’re looking at what causes infertility, cocaine use and infertility are inextricably linked. There is no way around this. So if you’re trying to get pregnant and it’s not happening, then it may be worth looking into your consumption of illegal or damaging substances such as cocaine.

If you’d like to book an appointment with us for fertility reflexology so we can help to cleanse your system and work with you on a path to improving the effects of drug use, then book online.