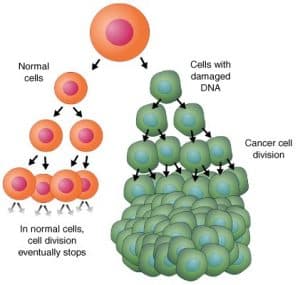 We talk a lot about the effects of toxins and there are plenty of national reports about them conducted by well meaning technical researchers who write in a language we barely understand; but we never really talk about what do toxins look like.

Hold on to your hats, we’re getting into some technical stuff.

Toxins tend to get a bad name because they’re often used as a tactic to scare people into buying whatever the latest detoxifying fad is. And we have to admit, even we use it as a broad brush explanation of anything that hinders the effectiveness of your body to work optimally and therefore keep you healthy and fertile.

Here’s what a toxin is.

A toxin is harmful to your body. Quite literally, it’s poison. This doesn’t mean you need to be swallowing a bunch of toxic items, vaping chemicals or subjecting your colon to exposure of narcotics it struggles with cleansing you from. Because any substance becomes a poison if you overdose.

We often cite the benefits of water. But, did you know if you drink more than roughly one litre per hour, you’ll overload your kidneys? Thus, even the best things for us can lead to damage of our organs and even death if we’re not sensible.

That’s before you even start with adding in environmental factors such as smoking, existing disease and things such as pesticides which float around in our atmosphere.

Toxins are produced by living things. So, snake venom is the best example of a toxin. So is metabolic waste, which is why keeping regular is so important for all kinds of wellness issues such as fertility down to cancer. When these wastes hang around in your system they lead to poisoning because, by definition, they should be expelled.

Pollutants are what people tend to think about when they’re detoxing. This category is full of the pesticides, lead and PCBs; products such as paint fumes, cigarette smoke and drugs/ alcohol etc.These are just examples, but you get the picture, right?

These poisons enter your body through a variety of ways, it just depends what you’re exposed to. For instance, they can seep in through the pores in your hair, they can soak into your skin, be sucked into your lung. But, they often get trapped in our fat store and then sit there as this is an area that doesn’t expel well. And so these poisons are allowed to then fester and manipulate healthy cells into disease.

And you wouldn’t necessarily get sick straight off. We’ve all slept in a recently painted room and come out feeling like our blood levels have shifted a little on the scale of toxicity, but you don’t always know. When patients go into hospital with a cough, doctors will announce that the cause of their lung disease happened when they breathed in asbestos substances in a work environment decades ago.

Seriously, it happened to my uncle. The most important thing is to be vigilant all the time. It’s not practical to be testing ourselves all the time, so being proactive with safety is paramount. Toxins aren’t always causing immediate symptoms, they can easily be the silent cause of deaths. To understand this better, think about smokers. Eventually it’s accepted they will end up with heart disease or some form of cancer from the repeated exposure to toxins.

Metabolic waste on the other hand is way more murky. This is where everything else gets lumped in which are technically toxins because they are produced biologically and will poison someone if they are administered in abnormal quantities. This is when science shows they become dangerous to life.

But they are normal producers of biology. So, like faeces as we discussed earlier. What’s important is to two to three litres of water a day and keep moving so that your body has the correct chemical balance to operate as effectively as possible.

How toxins can affect people’s health and wellbeing.

*Eggs. They might be fine in normal life, but if women eat them when they’re pregnant, they can be dangerous.

*Swimming in contaminated lakes on holiday. That green water may be so due to algae. And don’t underestimate the damage Algal toxins are capable of when they are released into the environment. Likewise, look down. The newt produces a neurotoxin called tetrodotoxin (TTX), the same toxin found in pufferfish, and a number of other marine animals which can cause paralysis.

*Ethanol is contained in alcohol, so by drinking it you are also taking in neurotoxins (affect your nervous system).

*Marijuana. Sure this is a toxin because we’re breathing it deep into our lungs. But did you know that a recent study has shown that there are more toxins in these cigarettes than in tobacco smoke and nicotine? Worth thinking about the consequences if you’re a smoker
Fluoride in water that we drink and brush our teeth in is a toxin.

*Chlorpyrifos is a strong pesticide which affects our nervous system as well as eradicating bugs from crops and buildings and animal species. This affects everyone but has been cited by Landrigan and Grandjean to negatively affect the brain development of a foetus.

*My mother went out for a curry. She got food poisoning and ended up with chronic rheumatoid arthritis. This is a sign of her body going into shock when she fell sick and going into overdrive to try to heal through inflaming affected areas. She’s never been right since. This is twenty years ago.

*Bacteria on your teeth. It’s well known that people with poor oral hygiene are more prone to disease. Perhaps this is why.

A word on how toxins affect neurology.

Frank Bosman has been studying proteins known as sodium channel within nerve cells. Essentially they are responsible for creating disorders in the electrical signal which connects the message sent out by the brain to the nerve to cause the reaction. They are responsible for a ton of things, ranging from pain to seizures, all the way down to breathing.

This is important for modern diseases that we don’t quite yet fully understand, such as fibromyalgia for example. It’s thought that fibro is brought on by us over eating ‘bad’ foods.

I’ve personally read a report that links this specifically to drinking too much coke.

For sure, there is more to understanding the developmental tests. When we ask what do toxins look like, and these tests are ongoing. But this research is an important step to us understanding whether these illnesses may be brought on by our lifestyle factors.

If we start to understand this, maybe we can do more than read about changing our diet and our exercise routine, building in some holistic therapies to our week’s activities and taking time to allow our body to cleanse may actually be based on a solid research data.

How does massage fit into this?

There are different types of ways that bodywork helps to keep toxins flushing out of your system.

Lymphatic drainage keeps your lymphatic system moving. This is particularly good if you are not moving around enough for your body to operate effectively alone. Likewise with chemotherapy, another pollutant. Your lymphatic system is one of the key systems in your body that is in charge of getting rid of waste, so this is important and hence why we include this in the detox package.

Swedish massage gets the blood flowing. This helps your body to distribute the oxygen and nutrients that the cells in your body need to reproduce healthily. Remember earlier on when we mentioned how dormant toxins slowly de-rail healthy cells, which in the longer term leads to disease and illness? This is where this fits in.

Reflexology foot massage works a little like acupuncture in that it clears energy blockages in your body so that there isn’t a road block in place of A being able to reach B unhindered. This is great if you want a specific internal organs supporting with a health focused holistic therapy.

If you’ve had a stroke, this is the result of toxins attacking your brain and during the process of your body trying to repair them, your levels of inflammation soar through the roof. Reflexology is great for reducing inflammation and allowing your liver, kidneys and lymphatics to process toxins.

Obviously, we’re making broad brush statements here when we’re striving to explain what do toxins look like. We don’t claim to be chemistry experts. Many medical journals record full details of studies. The percent of people who were affected by this and archives going back years that detail that.

Our intention today is to bring you a simplified explanation. We want to help you to understand the evidence that a toxin eradicated is a development towards healthy living. And perhaps this will inspire you to spend at least a few days with your family being more healthy.