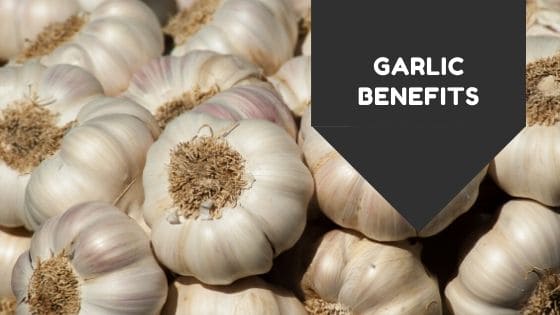 Garlic benefits our health. We know this, because we’ve been told it. But, for the health benefits of garlic, specifically cancer, then we need to delve a little deeper.

Let’s back up a little

Have you noticed how every month there seems to be a trendy new diet, but still obesity rates continue to rise? We’re not talking about that. This piece is about digging deeper into the demonstrable health benefits of the garlic bulb.
Superfoods and setting the background.

There are two categories of superfood most adept at blocking cancer cell growth in a petri dish. But which is healthier?

Imagine you’re standing queuing for one of those salad bars. You have no strong family history of cancer, so you’re not looking at avoiding one specific type of cancer.

If the salad place were out of spinach, then you’d want to choose your second choice from that salad bar.

Tomato and potato are largely ineffective. Nor iceberg lettuce and carrots. And this is the issue, this is what we eat. If we choose a vegetable or salad, the ones we commonly eat have little or no effect at stopping cancer growth.

The one veg that stands out amongst the crowd. It stopped cancer growth in 7 out of 8 tumours.

A garlicky salad dressing would therefore be great on our spinach!

Is it just that garlic is toxic to all cells?

They tested for this. Garlic slams cancer cells but doesn’t touch normal, healthy cells. And the same thing with all the vegetables. They’re selective. They go after the cancer cells but leave the normal cells alone.

The two best families of vegetables for cancer prevention are the cruciferous veg such as broccoli, kale, cabbage and the allium family of vegetables like garlic, onions and leeks.

So, you know all those recipes that start with garlic and onions and then you throw in some greens?

The researchers conclude that this is the way to eat if you want to stand an excellent chance of beating cancer. “Including cruciferous and allium family veg in your diet is ESSENTIAL for effective dietary based chemo or cancer preventative strategies.”

Are there any benefits of garlic powder for treating lead poisoning?

Lead is important when we’re talking about cancer because it inhibits DNA repair. And if we want to stand the best chance of beating cancer, then this is critical.

They often base dietary strategies for treating lead poisoning on rodent studies. However, there was a population study for tofu showing low lead levels in people who ate more tofu. There were a bunch of factors within this study.

What they set out to do was develop a kind of placebo which isn’t easy to do with food. It’s not like taking a pill. So, they did a disguised food intervention by using food that was so potent they stuffed it in a pill.

Feeding garlic extract to chickens reduced the lead build up in the edible mass of chickens by up to 75% or more. What’s interesting is that these chickens were actively fed lead for a week to increase their lead levels. And then they compared the results of feeding these chickens garlic straight away by combining it with the garlic. And then waiting a week.

The results were better.

The value of garlic was more significant by giving garlic after they stopped building up the lead in in tissues.
We used to think the benefit of garlic on lead toxicity was primarily because of a reaction in the effects of the chemical compounds building up. A reaction between the sulphur compounds in the garlic and the lead that would cling onto the lead in the intestinal track and flush it out of your body.

But what this study appears to show is:

Garlic appears to contain compounds that not only pull lead out of the intestines but out of the tissues in our body.

So the results show that garlic contains key latent compounds capable of eliminating lead. so we can feed garlic to humans, which minimises the effect of lead compounds commonly found in meat.

If it is so effective why not explore it more?

There had never been a study to discover the effect of using garlic to help lead exposed humans until 2012.
A head-to-head comparison study between the therapeutic effects of garlic and a chelation therapy drug called deep penicillamine. 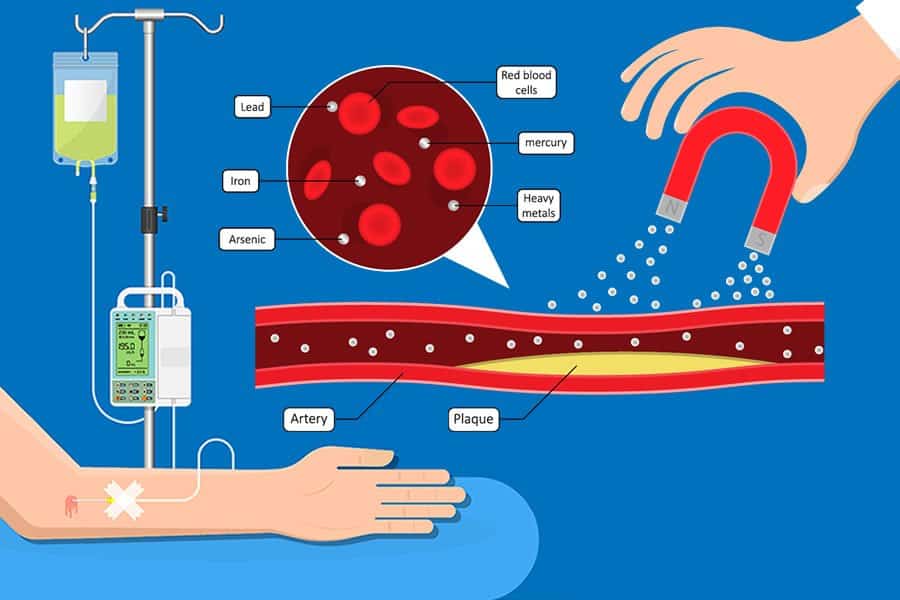 They randomly split 117 workers who were exposed to lead in a car battery work plant into two groups.
They took the drug 3 times a day or 1/8 teaspoon garlic compressed into a tablet 3 times daily which is about the equivalent of 2 cloves of fresh garlic a day for a month.

The drug reduced blood lead levels by about 20%. This is as expected.

But so did the benefits of garlic. It worked just as well as the drug. And had fewer side effects. So this study suggests garlic is safer and as effective.

Garlic supplements such as these tablets that you can buy on Amazon, would therefore seem to be a good bet. This contains Allin, a compound which naturally arises from crushing and chopping garlic. It’s proven to reduce inflammation, and having some significant antioxidant benefits. Fresh garlic contains alliin (an amino acid) and crushing the clove creates an enzyme called allinase.

However, saying that something is as effective as chelation therapy isn’t saying much. It doesn’t sound that impressive.

Remember how for chronic lead levels chelation drugs lower blood levels, but don’t actually improve neurological function? This is where it gets amazing.

They saw significant clinical improvements in the garlic group:

Less irritability
Fewer headaches
improvements in reflexes
Reduced blood pressure
All after treatment with garlic. This didn’t apply to the drug, showing that garlic can be effective at treating mild-to-moderate lead poisoning.

Did you know that garlic and flavonoid nutrients found in e.g. nuts and beans protect against DNA damage induced from mutagenic chemicals found in cooked meat? Remember the study won out as the number 1 anti cancer vegetable?

Well, which kind of garlic would be the best?

Flavonoid nutrients. Do they have a beneficial effect on the damage caused by lead?

They took white blood cells from colon cancer patients and exposed them to increasing doses of fried food carcinogens.

They added some plant micronutrients to this, found in apples, red onions and berry and also buckwheat and asparagus. This brought the damage down.

There was more DNA damage present found in the blood cells of the cancer patients. But note. they didn’t have blood cancer. They had colon cancer, so in theory their fried food intake shouldn’t affect their blood.

Even though the cancer was in their colon, their entire body was under increased oxidative stress showing significant higher DNA damage or maybe the DNA damage came first and that’s why they had cancer int eh first place. This study has no way to tell that.

Either way, they experienced less reduction of induced DNA damage suggesting that it would require higher concentrations of flavonoids to achieve the same protective effect. So, cancer and other chronic disease victims need even more fruit and veg intake to reverse the damage from carcinogens.

A note on raw foods. Almost all vegetables have an increased level of vitamin and mineral capacity when eaten raw. The one major exception to this is tomatoes, which improve when cooked. However, as we saw above, these are not part of the main cancer beating food groups and garlic trumps the lot.

Read more about how we can help you beat the effects of cancer treatments.